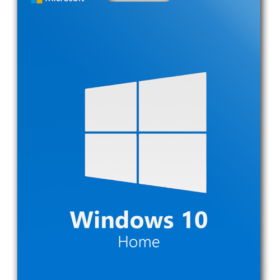 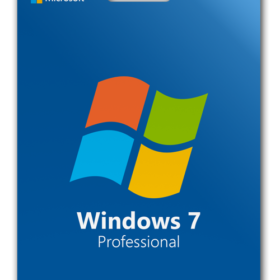 Your product key will be available immediately and sent to your email after the purchase.

The Start button returns: One of the most confusing changes in Windows 8 was the removal of the Start menu. In fact, the Start button was completely gone, although there was an invisible clickable area where it used to be. Windows 8.1 brings back the Start button, but stops short of resurrecting the menu. Clicking on the button opens the Windows 8.1 Start screen, but a right click does give you access to some common functions like the control panel, task manager and the ability to shut down or restart the computer.

Boot to Desktop: Users that don’t use touchscreens with Windows weren’t too pleased with Windows 8’s insistence on booting into the revamped, tile-based Start screen UI. In 8.1 Microsoft has offered a compromise of sorts. You will have the option to boot directly to the desktop.

More Lock screen and Start screen options: Microsoft already had picture passwords, but now that feature has been expanded to allow multiple images to be pulled from the local storage or SkyDrive galleries. This effectively makes the Lock screen into a digital photo frame. You’ll also be able to capture pictures with the device’s camera, or answer Skype calls, without unlocking first. The Start screen now has more tile sizes and background colors, as well.

Refreshed Xbox Music: One of the neat but under-appreciated features of Windows 8 is the Xbox Music integration. It allows users to stream over 30 million tracks for free. The only problem was the app’s confusing interface. In 8.1, Xbox Music is more user-friendly and supports custom playlists.

Better search: For whatever reason, Microsoft didn’t include true universal search in Windows 8. In Windows 8.1, searching the device will pull up apps, local and SkyDrive files, and settings. Previously it only found apps. Overall, the entire search and All Apps view experience has been significantly rejigged to help out mouse-and-keyboard users.

The Windows 8.1 Pro operating system introduces many innovations. It features the following new essential functions, some of which can also be found in Windows 8:

Microsoft Windows 8.1 Professional also has all the functions of Windows 8 Pro, such as Remote Desktop, Domain Join, Encrypting File System, Group Policies, and boot from an external hard disk. Many additional features and enhancements have been introduced with the update of the Windows 8.1 operating system.

Performance and compatibility of Windows 8.1 Professional

This version of Windows is compatible with all Windows 7 software, devices, and applications. It has an optimized touch interface that allows you to have a choice of the PC and tablets available on the market.

The efficiency of the software

You can directly start your device on the desktop you are familiar with. The desktop gives you easier access to the home screen via the “Start” button.

We specialise in the sale of download software by prominent manufacturers. Our aim is to always offer our customers a good-value purchase price and comprehensive service.

No products in the cart.